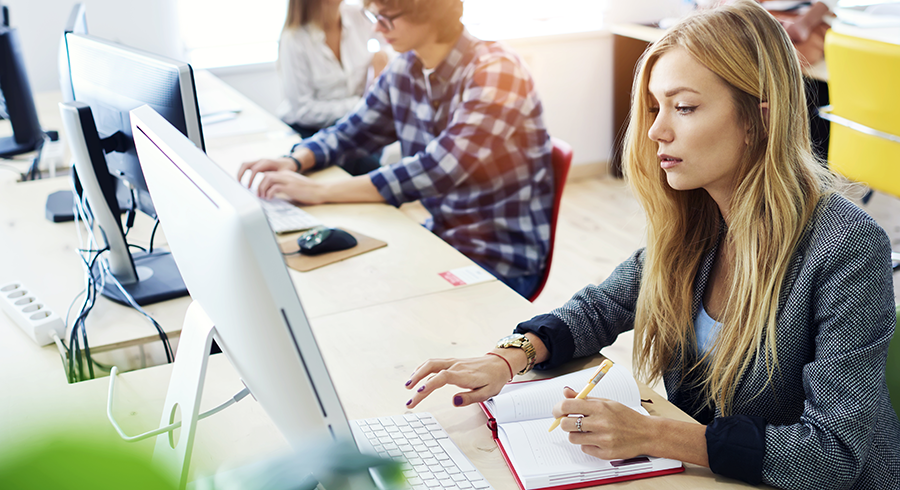 For many professionals, landing a job in the tech industry can be life-changing. But are bootcamps the best way to get there?

If you’re in the IT business, you're probably aware of the skill shortage that the industry is currently experiencing. A recent survey found that 87% of IT executives admit to having trouble finding qualified technology professionals. By 2020, an estimated one million computer programming jobs will go unfilled.

In an attempt to produce more qualified software developers to fill these gaps, a thriving coding bootcamp industry has emerged. Bootcamps now exist across the US to prepare candidates for careers in computer programming. Unlike an undergraduate degree that provides a comprehensive background in computer science, bootcamps focus on fast-tracked learning for new developers to enter the job market.

Over the past five years, the coding bootcamp market has multiplied significantly, with an anticipated graduating class of 23,000 developers in 2019. And aspiring developers are signing up for bootcamps at astonishing rates — dishing out an estimated $240 million for courses in 2018. With interest rising and profits skyrocketing, one must ask: How effective are bootcamps, both for students and the IT industry as a whole?

What Are Coding Bootcamps?

In order to truly assess the advantages and disadvantages of bootcamps, let’s start by defining what they are. Bootcamps are intensive training programs, either online or in-person, that equip students with the skills to handle tasks like full-stack web development, front-end development, or UI/UX design.

Full-time bootcamps can run anywhere from three to six months, during which students get an overview of programming languages like Python, Javascript, and C++. On average, enrollment costs anywhere from $10,000 to $20,000. And they typically provide a mix of instructional courses, one-on-one mentoring, and career prep training. The ultimate goal of bootcamps is to get students placed in full-time jobs upon graduation, with most bootcamps promising success rates of up to 90%. But these numbers can be misleading.

The Drawbacks and Limitations of Coding Bootcamps

While bootcamps have an incredibly admirable goal and add value for a lot of students, they also have their limitations. For one, bootcamps are often constrained by the amount of information they can cover in such a short time frame, forcing instructors to focus on teaching conventions without giving students a full foundation in algorithms.

Bootcamps also skimp on in-depth instruction around coding languages, opting to cover several languages briefly to give students the exposure they'll need to be more widely marketable. While this can give students a valuable jumpstart, their success as computer programmers will depend on the subsequent experience they receive in the workplace.

The result of all of this is that despite the advertised 90 percent placement rate, the reality is much closer to 50 percent. And although bootcamps pride themselves on being accessible to aspiring developers with no prior experience, as many as 45 percent of bootcamp graduates had already held jobs in tech before enrolling. In fact, nearly 60 percent of all bootcamps vet new candidates based on foundational coding skills.

Furthermore, the saturation of bootcamp graduates in the software development market is now beginning to have a negative effect. More and more frequently, employers are beginning to look at bootcamp experience unfavorably as bootcamp credentials become less competitive.

Despite their rise in popularity, bootcamps are not the only way to train new software developers. No-code development offers a compelling alternative, allowing professionals to build custom software without having to learn complex code.

No-code makes app development more accessible to candidates with fewer the barriers to entry than more traditional paths, offering intuitive visual tools that enable users of any skill level to create complex software. For those that are interested in software development but are unprepared to invest in an expensive, time-consuming immersive course, no-code is a great option.