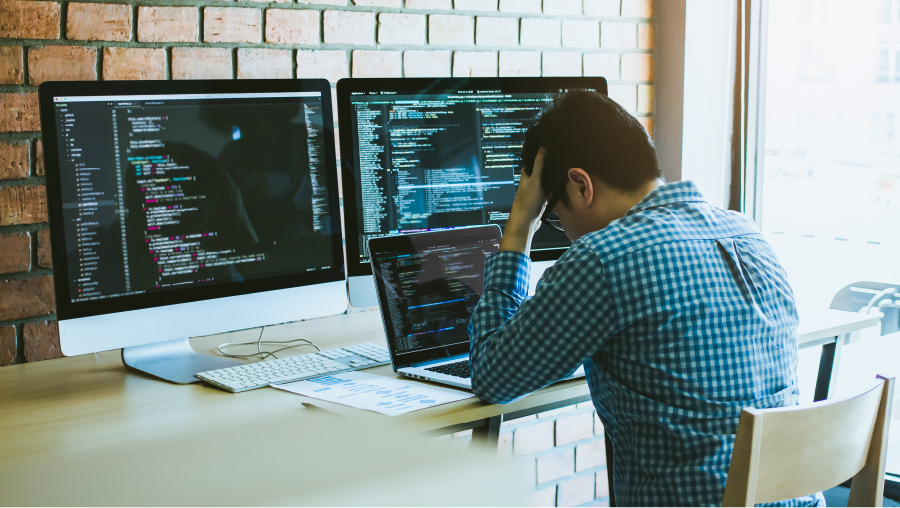 We’ve all heard of “big data,” a buzzworthy term describing the overwhelming amount of data generated every minute—and the challenges companies face when attempting to surface actionable insights from these torrents of information. But now, IT leaders are facing a whole new set of challenges in the form of “big code.”

The term “big code” was coined in a recent Dimensional Research survey of 500 developers, which aimed to gauge emotions surrounding the astronomical amount of complex code that exists today. To conceptualize how enormous the challenge of big code actually is, consider this: When Linux 1.0 debuted in 1994, it contained only 176,250 lines of code. In 2020, the Linux kernel is a whopping 28 million lines of code. The amount of effort it takes to edit, maintain, and deploy codebases of this size is enough to scare even the most seasoned developer.

Modern companies have inevitably had to think about the cost of code in several ways. Your enterprise has likely dissected the demand around code, and tried to make development more efficient. But have you examined how expansive codebases can negatively affect your business?

When IT managers were asked how their company’s codebase has changed over the past decade, their responses demonstrated explosive, exponential growth, with 51% reported having more than 100 times the volume of code, while 18% reported a 500x increase. As its name implies, big code means big numbers. However, big code refers to more than just the number of lines of code in a codebase.

Like big data, big code can be defined by "the four Vs”:

It’s relatively easy for businesses to objectively look at all of these categories and see how each affects the success of their business and their finances. For example, to keep up with exponential increases in the volume of code, businesses likely have to hire more specialized developers. But could these factors also have a significant effect on their organization’s human element?

Big code poses big problems for software developers—and it may be negatively affecting your IT team more than you think. Some of the anxiety around code is purely a response to the sheer volume of it. A thread in Quora called, “Why do I get overwhelmed by seeing too much code?” offers tips as to how developers might best wrap their heads around the expansive codebase they’re working with. It’s hard to be productive and feel good about the work you’re doing when you don’t even know where to start.

See how easy it is to build complex enterprise software using no-code.

Similarly, many developers experience code anxiety because of code reviews or code releases. In total, 96% of development teams surveyed by Dimensional Research admitted that code releases were “emotional events,” and those emotions were predominantly negative. Furthermore, 58% of respondents described feeling fearful or anxious when releasing code or submitting it for review and 74% of IT managers said their teams avoid updating code because they’re unsure about dependencies and are afraid of “breaking something."

When a majority of developers are nervous that something will go wrong with a code release, organizations have to acknowledge that the issue might be code itself. These findings suggest that anxiety around code is slowing down development progress, stunting innovation, and preventing your organization from competing in a crowded marketplace. QA teams might inadvertently increase the risk of software failure simply because there are too many lines of code for them to feasibly review, and developers can’t effectively manage and fix massive codebases if they’re too afraid to try. Code has gotten so big that enterprises are in danger of being crushed by it.

As code snowballs, it begins to hinder progress and create a barrier to business value—all while growing more and more expensive. At the risk of sounding overly simplistic, Unqork poses a direct solution to big code by eliminating code entirely.

By letting us take care of code on the backend, your team can create the workflows you want and worry less about code dependencies. While we work on regular platform security updates, roll out new functionalities, and leverage automation in our QA processes, your team can utilize intuitive drag-and-drop components to build complex applications. In other words, our team does the heavy lifting so you can focus on business needs, free up your IT team to truly innovate, and leave your code-anxious competitors in the dust.

Want to learn more about how no-code wipes out the fear of big code? Schedule a personalized demonstration with one of our in-house experts to understand how quickly you can build without the constraints of code.